Non-melanoma skin cancers are more common among people who are HIV-positive, according to new research.
The study found that basal cell and squamous cell carcinomas, two of the most common forms of cancer in the United States, occur more than twice as often among those with HIV (the virus that causes AIDS).
The greater risk for cancer among people with HIV is likely due to immune system deficiency, the researchers said, and those with the virus should take extra precautions to protect and monitor their skin.
“The clinical implications for these findings include increased vigilance in skin-cancer screening for HIV-positive individuals, especially for squamous cell carcinomas and particularly for those who are not on antiretroviral therapy or who were diagnosed late and have more advanced HIV/AIDS,” senior study author Dr. Maryam Asgari, a dermatologist and investigator at Kaiser Permanente’s division of research, said in a Kaiser news release.
“HIV-positive individuals should also be advised to reduce behaviors that may further increase non-melanoma skin cancer incidence, such as excessive sun exposure,” Asgari added.
The study, using data from 1996 to 2008, involved more than 6,500 HIV-positive patients and nearly 37,000 other patients who tested HIV-negative.
HIV-positive patients were more than twice as likely to develop basal cell carcinomas, the study revealed. They also were nearly three times more likely to be diagnosed with squamous cell carcinomas.
Patients with squamous cell carcinomas often had lower CD4 counts, which is a measure of immunodeficiency. The researches noted that previous treatment with antiviral therapy was not linked to either form of skin cancer.
Lead study author Michael Silverberg, also of Kaiser’s division of research, said, “These findings represent unique data on non-melanoma skin cancers in HIV patients. Most cancer registries, on which previous studies relied, do not record these types of cancers.”
“Given the increasing longevity for HIV-positive individuals, the burden of many age-related, non-AIDS-defining cancers, including [non-melanoma skin cancers], will only continue to increase,” Silverberg said. “Based on our studies, non-melanoma skin cancers are by far the most common cancer this population experiences.”
The findings have implications for changes in treatment, Asgari said.
“Given the observed association of immunodeficiency and squamous cell carcinomas, earlier initiation of antiretroviral therapy to maintain higher CD4 counts may also help reduce the burden of this cancer,” she said.
More than 3.5 million new cases of non-melanoma skin cancers are diagnosed in the

Read the rest of this article on HealthDay: Certain Skin Cancers More Common in HIV-Positive People 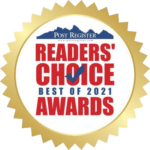